How it all started ….

In 1980, a group of like-minded boating enthusiasts met at the old Country Club Hotel-Motel over a few drinks. It was the place where the idea of establishing the Paynesville Motor Cruiser Club was born.

Meetings of the PMCC continued at the Country Club. Every Friday these early members would meet and run a “chook raffle” to raise funds for their outings in the hope that one day they would have their own facility. Many thousands of dollars were raised over this time.

The then Commodore Alan Jones, a manager at the Department of Sustainability and Environment, was looking for the right space for the clubhouse. After looking at several options the club received an offer from DSE to use crown land. PMCC accepted and are still on that current site today. The Shire put the building frame up and PMCC then proceeded to fit out the building.

PMCC moved into the current building in 1994. 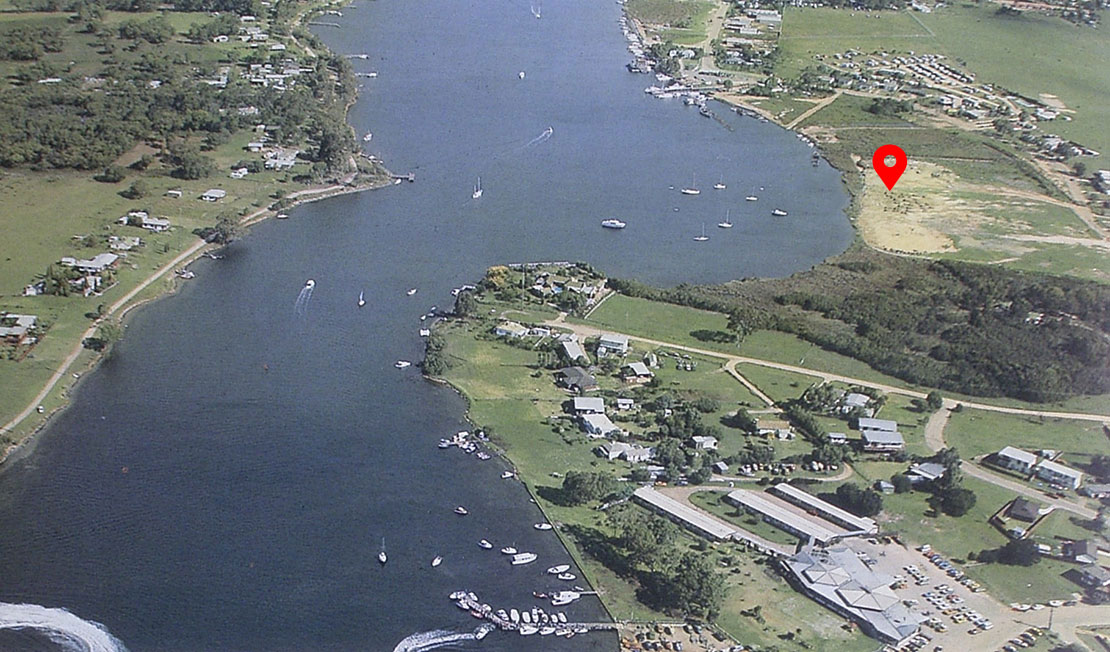 Site of PMCC before being built 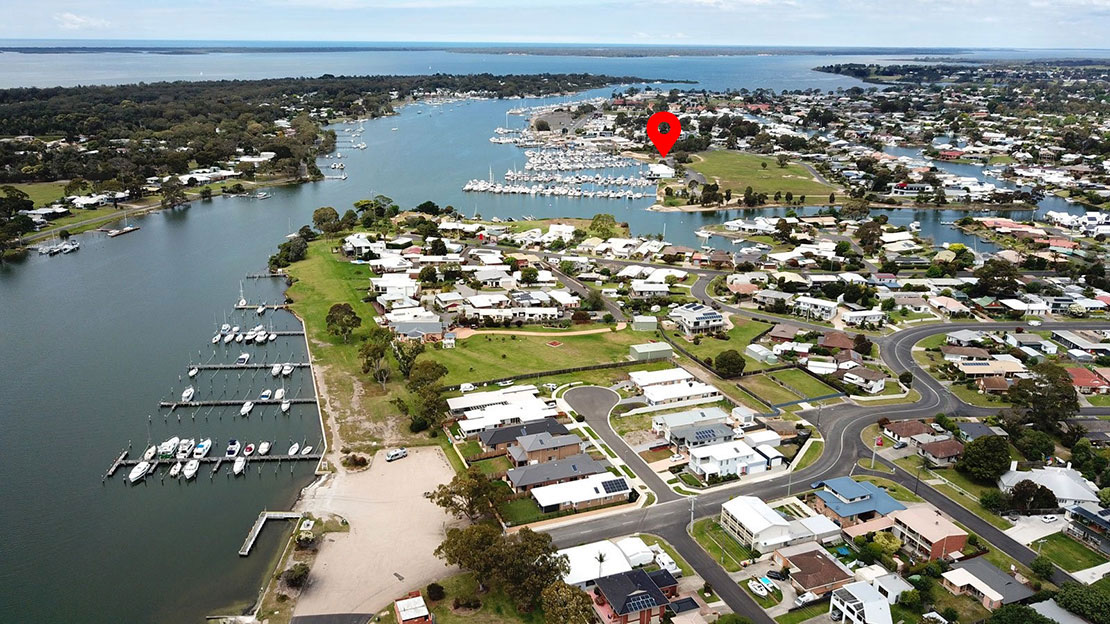 Club members began the fit out of the building. There were some well-to-do members in this small club, but more than money was needed, time and work were required! Three life members led the way, Dennis Wilson, Barry Dwyer and Ted Wilson.

The Members’ Lounge was interesting - the only access was by an extension ladder until Ted, Dennis and Barry completed the staircase! All the fittings’ upstairs were completed by these three members.

Every Friday night a casserole dinner was prepared, heated in the old ovens and over time thousands of dollars were raised.

Once a month a dance would be held on a Saturday and any other free Saturdays were enjoyed on the water.

When the building was first completed, there was only the upper deck area at the front. To reach the club rooms boat owners had to scale on to their boat’s roof to access the club rooms. The club again came up with $35,000 and paid for the lower landing to be made.

As well as fund raising donations were made:

Over the years gardening and landscaping has been created and maintained by members, it looks and feels very welcoming.

This generosity was greatly appreciated by all members’, and they are owed our gratitude for the time and money they contributed.

A burgee is a small flag found on many boats to indicate a club affiliation. Club burgees may be found in many shapes, but are most commonly either triangular or swallow tail. Most clubs have unique burgees that immediately identify their members’ boats.

The PMCC Club burgees were paid for by Iain Morley.

The burgees used to be promoted for members to fly proudly from your vessel and upon seeing one, it was an invitation to get to know each other.

In 2000 it was announced the Country Club Hotel-Motel was to close its doors. PMCC took this opportunity to increase trading hours. The kitchen moved to open 6 days a week with much support from members and members of the public.

Membership grew and the club buzzed allowing the committee to further enhance the building by installing retractable awnings and the glass balustrade around the front deck area. The club purchased new outdoor furniture, installed a large extraction fan in the kitchen and spent around $35,000 on new kitchen equipment.

The bar continued to be run by volunteers, namely Max and Heather Lindsay, until casual staff were appointed.

Catering began for the odd wedding and soon grew to about 8 to 10 events per year. We offered the bride arrival on a vessel to be greeted by the groom and guests. Seating up to 125, this was a great money earner for the Club. In more recent years, the Club has been utilized for the final farewell of many people.

The Club now has a Courtesy Bus, purchased through a legacy of one of our early members, Phillis Simpson.

Around 2011 The Rock was donated by Granite Rock Quarry and was placed at the front of the building in remembrance of past members whose ashes have been cast to the serene waters of the Gippsland Lakes.

At that time there was an annual ‘Blessing of the Fleet’ and a ‘Sail Past’, where the Commodore took the salute.

As current members, we are very grateful to the outstanding work of the founding members. Their tireless commitment and generosity are evident today.

To good fellowship and great boating!

The information in this history was contributed by Sam Beechey, Past Commodore of the Paynesville Motor Cruiser Club.